The picture of the Berlin wall falling twenty years ago tonight is still crystal clear in my mind. It was a turning point in history. I was glued to the television and could hardly believe what I saw. There was doubt throughout the whole evening as we did not know if the army and/or police would come out and attack the crowd. There was the odd camera shot of police around corners and behind buildings, but they did not attempt to disperse the crowd. Later, we saw pictures of police officers abandoning their posts and some even joining the crowd in celebration. It was truly a momentous night.

The personal connection is a bit of a stretch, but I really like this story... 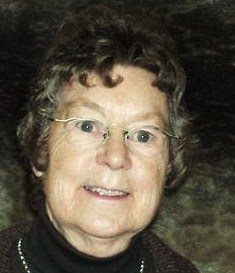 My wife toured Europe with four friends in the early sixties. These were the days when you really could "see Europe on five dollars a day". They hitch-hiked into West Berlin. You had to be picked up at a certain spot, and then drive the Autobahn through to West Berlin without stopping. A very friendly West German picked them up, and not only found lodging for them, but toured them around the city. It was a very fortunate contact, and my wife kept in touch with him for many years afterwards.

She remembers the beauty of the city and seeing the wall. One thing that shocked her, however, was how the wall was built through the midddle of a church. She was also struck by the crosses and flowers which marked places where people died as they were trying to escape East Germany by climbing the wall.

The kicker in her trip to West Berlin was that the whole time she was there, the Cuban Missile Crisis was taking place. Of course, they knew nothing about these events. They were in a foreign country and were not able to follow the news (not that she was much interested in current events to begin with). However, the trip had a major influence on her life.