A few weeks ago I posted "We Threw the Bums Out" . We had an election and a party that had been in power for 44 years lost the election.  Election results were shocking. A party that held only four seats in the last session won 54  seats. It was a major change.

Yesterday, our new premier, Rachel Notley and her cabinet were sworn in.

This ceremony was like no other. It was held outdoors. The weather was perfect for the day. 10000 people came to the event! There were families with young children, young people ... a wide variety of people. There was no dress code so tee shirts and shorts and many other variations were seen. The ceremony was brief and not too quiet or solemn. After the swearing in the new Premier and her cabinet immediately went out in the crowd and mingled with the people. People were not expecting this and were surprised. Many people had photos taken with the new premier and lots of photos were selfies. What a sport! There were several bands that played . There was free ice cream! People had a great time.

Now before this we had old , rich white men in suits who were sworn in. Not that there's much wrong with old white men. I'm one of them. The ceremony would take place in the Lieutenant Governor's mansion. The premier and his new cabinet would move to a swanky hall where a sumptuous feast took place. Only the bigwigs attended.  Ordinary people were completely excluded  from this government event.

Yesterday's event got me thinking. We are always complaining about so many people who don't vote. We know few young people vote.

So my epiphany is that if we involve citizens in political events instead of excluding them , we may increase voter turnout.

I think yesterday's event should have some influence on increasing voter turnout. Young people were exposed to a government function. It was fun!

I hope that many of these people will become voters because of a positive experience with an important political event. 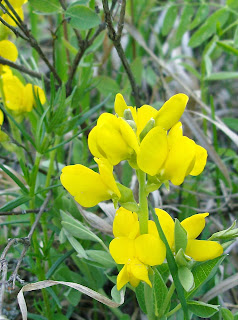