I live in the province of Alberta , Canada. The province to my west is British Columbia (B.C). BC is mostly a mountainous forested area. This summer they have had many wild fires...about 600. These fires are very difficult to control for a number of reasons. First , it's been very dry so the bush and under growth are dry. Second, the bush here is classified as having a high amount of fuel. That is material that burns easily and hard. Many more people are actually living in the forest so there are more people to start fires. 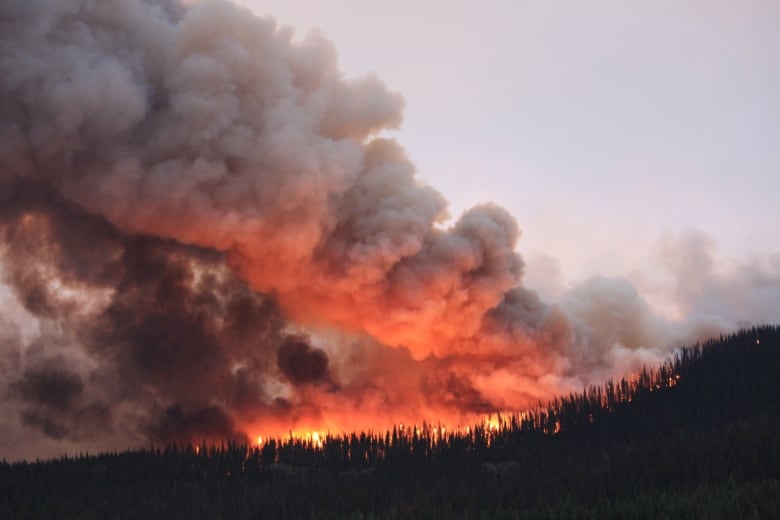 The fires are difficult to fight because there is so much smoke. Airplanes and helicopters can not get in to fire areas. The terrain is mountainous.  In the summer they tend to get thunderstorms which start many of the fires. Steady rains occur in the winter. Even in the winter some areas remain dry.

So you can see the reason for my topic. In July we could call it haze. As the fires continued and got larger we go smoke and at times dense smoke. We've had air quality from 7 to 10. People who may have issues are advised to stay in.

We've just finished a fifteen day period of smoke. We did not see blue sky or clouds. The sun was very orange and sometimes difficult to see.

To complicate matters, there have been wildfires in Alaska, Washington , Oregon and California.

Now we did cheer for three days as the wind changed and the smoke ended up in western BC, Bellingham, Seattle and area.

I've been able to keep active. My biggest problem is with the heat.
Posted by Red at 8:55 PM 42 comments: