FROM THE WAY BACK MACHINE

My Dad was a fanatic about fishing. He discovered fishing in the early fifties when a friend took him out fishing.

There was only one lake near us that had any fish and it was a good lake. There were other lakes but they were quite saline and didn't have fish.

Some neighbors built Dad a little wooden boat and he thought it was the best boat in the world. When fishing season opened he would take his boat down to the lake and leave it for the summer ...unlocked. In the late fall before ice formed he would make a trip to the lake and bring his boat home for the winter.

Now one year he decided to send my brother and I to pick up the boat. I was 14 and my brother was 13. We didn't have driver's licenses. As kids in a rural area we began driving when we were very young. I started when I was 11. We didn't go to town. We just drove on the farm. By age 14 we drove all aver the place.

You may say why didn't the police catch you? There weren't any police...at least not nearby. What about traffic? There was next to no traffic. We were in a very sparsely populated area so our chances of running over somebody were very slim.

Well , we got to the lake and loaded the boat. Dad had taken the sides off the truck box for some reason. We had to be careful.

By the time we got home it was dark. When we got out of the truck, there was no boat on the back of the truck 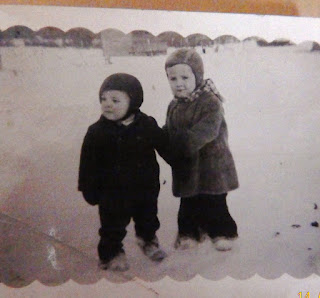 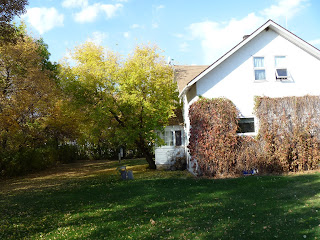 .     The old farm house. I tried to find a photo that would show nothing but open space.

Okay, we got back in the truck and put the pedal to the metal to find the boat. The boat was 2 miles down the road and had fallen off as we turned a corner.

The boat had not been damaged so Dad was ready for the next fishing season.

Many times we did adult jobs on that old farm that were very necessary and we were proud of the jobs we did,
Posted by Red at 7:39 PM 34 comments: