For most people high school is one of the highlights of their life. For me, high school just about didn't happen.

World events almost prevented me from a high school education.

The depression and WW II caused some very tough economic times. I lived in a very rural area. Transportation in general was very poor. Up until 1952 we went to town with horses in the winter. We went at least once a week but sometimes less. We used horses because we didn't have a modern car and clearing roads of snow had not been developed to where it was efficient. A small high school was 5 1/2 miles away but it was impossible to attend.

So going through grade school I had no objective to attend high school. It wasn't possible. However, by my gr. 9 year things had started to change. The farmers were clearing snow off roads about once a week. If you were lucky you wouldn't get snow for two weeks or more.

So all of a sudden at the end of gr. 9 I saw myself attending high school. I carpooled with the neighbor boys. I had an arrangement with a family in town to stay at their place if we couldn't get home. Many times I didn't get to school as the roads were blocked. 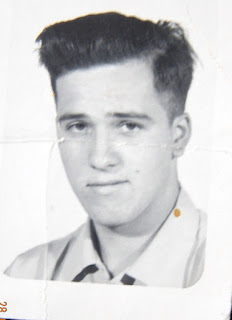 
However, economic conditions and transportation improved. We had a bus for GR. eleven and twelve.

Gr. 10 was a huge challenge. I was used to small school not that this school was large. There was one teacher for gr 10, 11 and 12. There were 26 students from gr ten to twelve.Taking gr nine by correspondence did not give me a good basics for high school. The teacher was good but he intimidated me. However, with some good help I completed gr. 10.

For gr eleven I had overcome my concerns about a different school. I had got to know all the other students and it was fun. The teacher had started a six man
touch football league and I was hooked. It was something that I could succeed at.

And surprise , surprise I completed gr 11 and entered gr. 12. We had a different teacher and he gave me lots of confidence. I liked him and he was easy to work with.

My Dad tried to encourage me to think about what I should do after high school. I wasn't giving Dad any answers. He suggested nursing? That would have been a big mistake. I would not make a decision. I didn't have much confidence in myself so waited until I got my marks and found out that I had completed high school and then I announced what I wanted to do. I had decided early in the spring to attend Teacher's college but I hadn't told anybody.

So high school was completed and I enjoyed the experience. High school was something that I had not thought possible and had only thought about being a farmer. 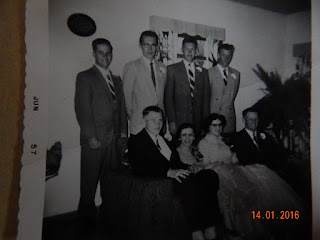 Eight of us were in the gr 12 class