Today was the day to count birds in our area. I have posted before that I have participated in winter and spring bird counts for a long time and enjoy them. Today was one of those "just right" days...clear , calm, and cool. Birds were not particularly active but there was enough to keep my interest. I saw 14 different species. One species I had never seen before but when I identified it I realized that I had heard this bird many times before. So today I officially saw a warbling vireo.

The area that I patrol is a coulee that runs into the Red Deer river. It's old growth spruce and poplar. Unfortunately many invasive species are making their way into this coulee.The part I count in is from .5 km to 1 km wide.

For the spring bird count we also count native plant species which are blooming. I'm not too hot on identifying plants so today I said I will take the cam,era and take pictures. This is because the count coordinator called me one time and said, "Did you really see the plant you named?" So I had to hoof it back to where I saw the plant and get more information. It was easy to identify once I was told what to look for. In that case I brought a specimen back.

Since our spring is very late we do not have many native species in bloom. 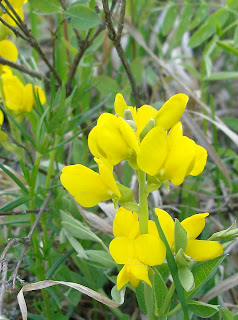 The first bloom I saw was what I call buffalo bean Thermopsis rhombifolia. These are prairie flowers and grow well in disturbed areas . 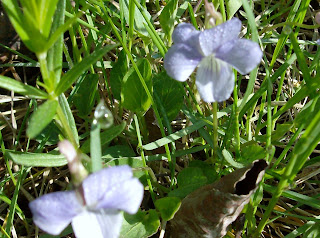 The next plant I found was the early blue violet violo adunca. These plants bloom very early and are very attractive. The ones I found were a patch of a bout the size of a house. 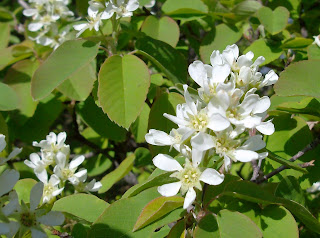 The third blooming plant I found isn't hard to find as it's quite abundant. Saskatoon amelanchier alnifolia is again a common prairie plant found in coulees and forest edges. These plants have along history with the aboriginals and when my people came here they immediately took a liking to saskatoons. One summer my mother canned 96 quarts of saskatoons. These are known in other areas as juneberries or service berries. 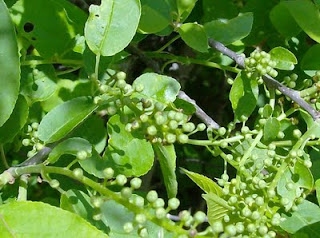 The fourth plant I had to cheat a little bit as it is only in bud This is the choke cherry prunus virginianna. Again these plants grow on stream banks and on the edges of forests or on the prairie "bluffs." Again the choke cherry has a great flavor and are used to make syrups and jellies. They have a pit and since they are small berries would be difficult to take the stone out and use the flesh . Raw choke cherries are fairly tart.
The fifth plant I found made me do lots of work to identify it. It's a plant that I should know. I think after this I will remember fairy bells(disporum trachycarpum). These plants bloom early before the trees fully leaf out. They grow in moist shady poplar or mixed woods and thickets. 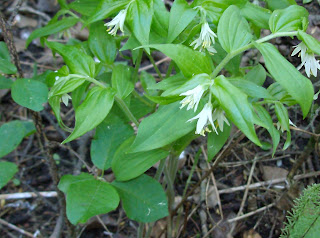 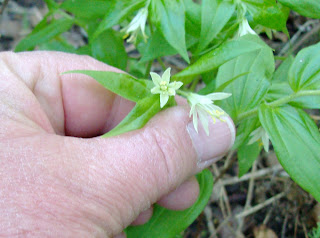 So my day was much more interesting when I took the camera to record sightings. Plants don't fly away like birds and you don't have to wait for plants as you would with birds. I a couple of weeks I will have to make another tour and show some more native species in bloom.
Posted by Red at 9:16 PM