WHAT WOULD GOTTLIEB THINK?

Gottlieb brought his family here for some very solid reasons. He wanted to be able to practice the Lutheran faith. He wanted to maintain the German language. He was a pacifist and did not want to participate in war or armed forces. The family needed the opportunity to find more land so that they could farm.

Less than 50  of the family still live at Esk. 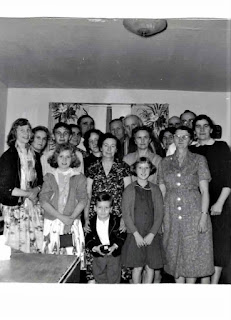 This photo was taken in the late 1950's with some of my Grandpa's family including Grandpa. In the photo are three of Grandpa's sons and three of his daughters. There were many good family times , usually around a big turkey dinner.

So now very few of us are members of the Lutheran church. Very few of us speak German. Many of his offspring have served in the armed forces. One of his grandsons was killed in the Second world war. My son was in the reserve forces. Very, very few of his family are famers. Two and a half of my brothers are farmers

So what would Gottlieb think of this situation? I think he was forward enough thinking to see that with all the changes it was a good decision for the family. If one looks back at what happened where they were living you can see that they had a much better opportunity in Canada. Things were very unsafe in central Europe for many years .

I've been most surprised at the reaction to this series of posts. I was surprised at how many were missing most of their family history. I was the nerdy little kid who sat around and listened to my Dad's stories and all the people who visited him. I've always been interested in Western Canadian history. I've always liked local history. My brothers went outside and played and had a good time which was a normal choice. 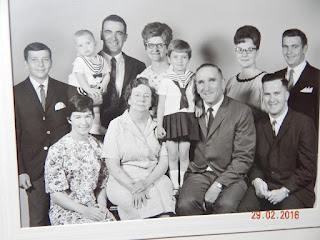