In 2011 I bumbled into a blog called Out of My Multiple Minds. The title caught my attention. It sounded like a topic I'd be interested in. It was not about multiple minds  but it was a fascinating blog to follow. It was also a blog that influenced my life.

I think I found Out of My Multiple Minds  on DJan's blog and the blogger Pete turned out to be DJan's brother in law.

I found that Pete had a well written and lively blog.

Soon I found out that Pete was very ill but he was full of energy and intensely curious.

Shortly after I was saddened to find out that Pete was dying.

I followed Pete for about 3 months as he courageously journaled the end of his life. Pete blogged until a few days before his death. He dictated the last couple of posts as he was too ill to do the typing. His wife or daughter wrote a couple of final posts. The blog has been since taken down.

So on my own blog I wrote a post entitled Polar Bears in My House. This caught Pete's attention and he wanted to know all about the polar bears.  Most of all he wanted to see a photo. I had said that I would try to get photos. However, you know the story...the slides were not scanned and at that time I didn't know how to scan slides. If you read the post you will see Pete's comment...one of two comments I got.

Well, I'm scanning slides and the first ones I scanned were of the little polar bears that had been in my house. So because I'd promised Pete the photos , here they  are. 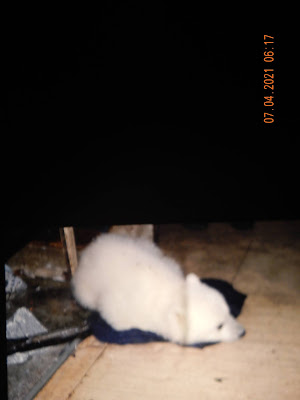 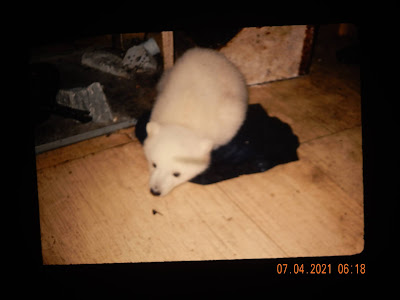 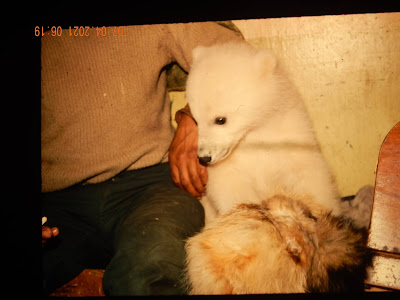 I do not have photos of the bears in my house . These were taken in the hunter's house.

The Inuit hunters shot the mother bear and then found out that she had cubs. They brought the cubs into me as they wanted money for the cubs. I was the local administrator for the federal govt. I couldn't give them money but did alert authorities that the bears were here.