It was discovered a few days ago that one of the drapery cords was almost worn out. So simple. Get some drapery cord and replace it.

First, you have to get some new cord so we started phoning. We were amazed that we had to phone for about 2 hours to find one place with drapery cord. We looked at that cord and decided that it wasn't suitable. Off to Canadian Tire where they sell rope and cord by the foot. We'd phoned them before and they didn't have drapery cord . We found cord that was the right size and looked suitable. So the guys who said they didn't have cord had cord.

Okay, today was a nice day  to change the cord. We'd done this before but maybe long ago. So we first looked at how the cord is strung so that we know how to string the new one through. Then we pull the old one out. So far so good. 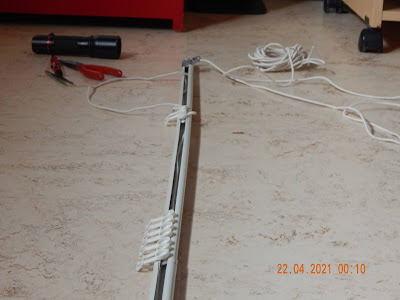 Then we start feeding the new cord through. It was tricky and hard to string the cord through some parts. We got to the last loop and said we'll never get this . Then the oops moment hit. Get a small piece of wire and pull the cord through. We could have done this before on all the hard spots.

So we had the two lines of cord inside the rail. We had to attach the cord on the anchors in the right place . Okay that's done. Then we measured.  Oops! We thought the rail was longer. We checked with the wall. Yes, the rod had to be longer. The rod had been accidentally pushed together while we were working with the cord. 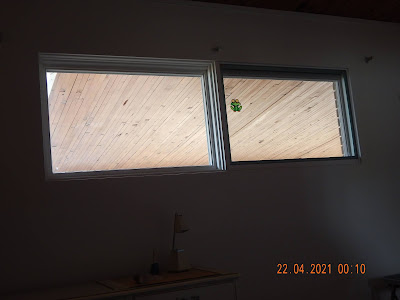 Well, you know all the things that could go wrong did go wrong.

We finally got everything adjusted. We put the railing back up and then hung the drapes. 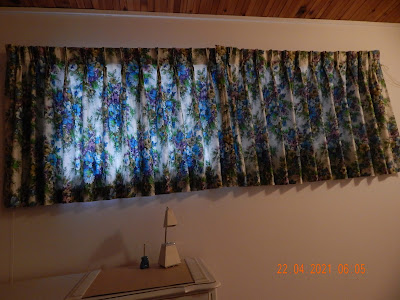 There went one whole afternoon!