In my last post I mentioned that we got 90% or more of our freight by ship. That usually meant that two ships per year called. But sometimes we had 3 or 4 ships call in one summer.

One summer an icebreaker , the D'Iberville, showed up to sound the end of the  bay. 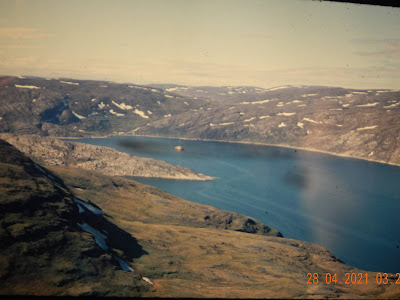 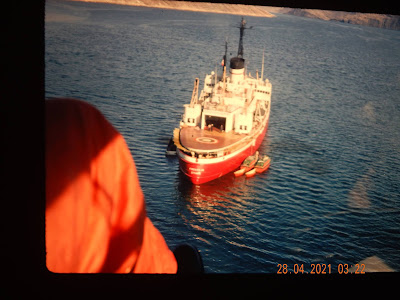 Wakeham Bay was 24 miles deep. A mining company was working on a mining project 60 miles inland. Their proposal was to build a dock at the end of the bay and haul the ore out over the year and have ships pick the ore up and take it to refineries

I'm not sure that this project ever happened.

But what did happen is that we were invited out to the ship to have dinner with the captain. Horror of horrors! I was on the same level as the captain.  It didn't matter that I was a village administrator and he was a ship captain we were supposedly equals. That has hard to get through a prairie boy's head where everybody was equal. I had never experienced status before.

They sent a helicopter to pick us up. As we flew out to the ship we saw five belugas swimming in the bay. 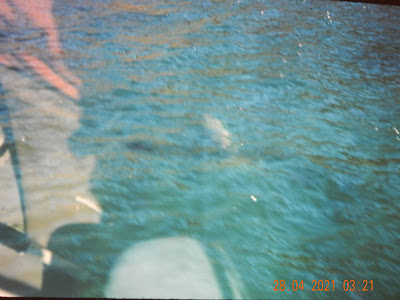 I still remember looking at the ship from  distance and how small it looked. when we got closer I saw the circles on deck where we were to land. the circles looked smaller than ever.

We had a fine dinner with the very formal old captain and then they took us back home by helicopter.

Approaching the settlement by helicopter. It really was a very small place. 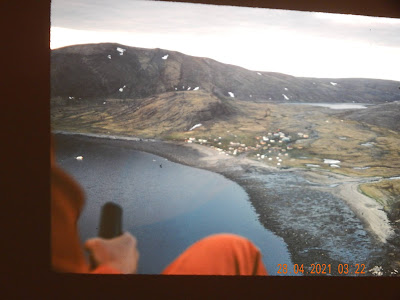 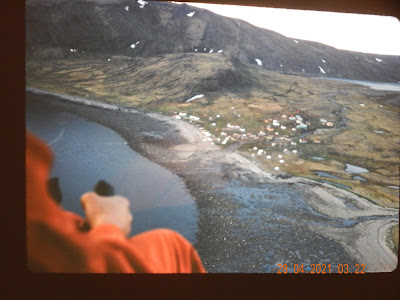 And don't worry I did not let my dinner with the captain go to my head. I still look as people as people rather than what title they are given.