The three hundred acres I rambled through the other day is known as Heritage Ranch.

In the early 1980's a very progressive government set up a plan to make large park areas in our cities. Trails and many facilities were developed. Cross country ski trails, picnic areas and playgrounds were established.

When I came here in 1969 the Heritage ranch area was farmed and much of it was taken  for gravel. 20 km of trails were developed. Some of the gravel pits were made into ponds and stocked with fish.

But the main part of Heritage Ranch was to be set up for horses and at that time the emphasis was on equestrian training. Excellent corals and stables had been built. The equestrian training didn't pan out so they tried just horse riding. That didn't work well either.

When my daughter was about ten she was intensely interested in horse riding. She went to a 6 day equestrian camp. You could rent horses to ride at Heritage ranch so one day she took some allowance money and rented a horse to ride. I happened to be riding bike through the area when I saw a horse wildly galloping through gravel pits and around trees. There was a little kid on the horse hanging on to a half out of control horse and the little kid was my daughter.

So as I was getting back from my ramble I could overlook the horse facilities. 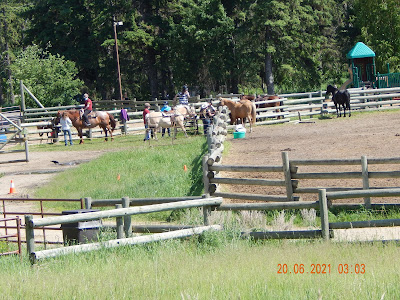 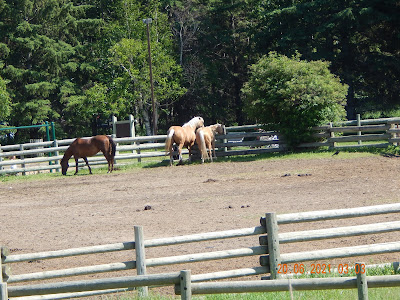 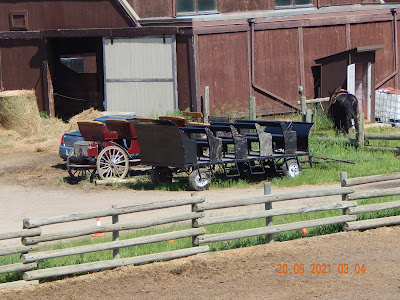 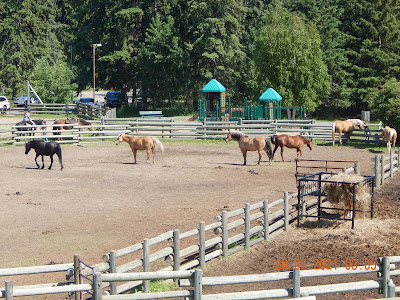